Is Steeped within the Community.

The MacWilliam family history in Vero Beach is a deep-rooted one,  beginning in the 1920s when Alex MacWilliam, Sr. moved here, after serving in World War I.  Born in Edinburgh, Scotland, on May 25, 1891, his parents and grandparents were landscape architects. When the family immigrated to Cleveland in 1909, he was 18 years old.

At the age of 26 he fought in WWI in France as first sergeant in the 318th Machine Gun Battalion of the U.S. Army.  He received the battlefield commission of second lieutenant. During the Battle of Verdun, he was shot by a machine gun in both legs but concealed his injuries until he was able to help a wounded comrade to safety.  By the time he was honorably discharged from the Army, Alex MacWilliam Sr. had received the Distinguished Service Cross, two Purple Hearts and a Silver Star. General John Pershing also presented him the French Croix de Guerre medal. 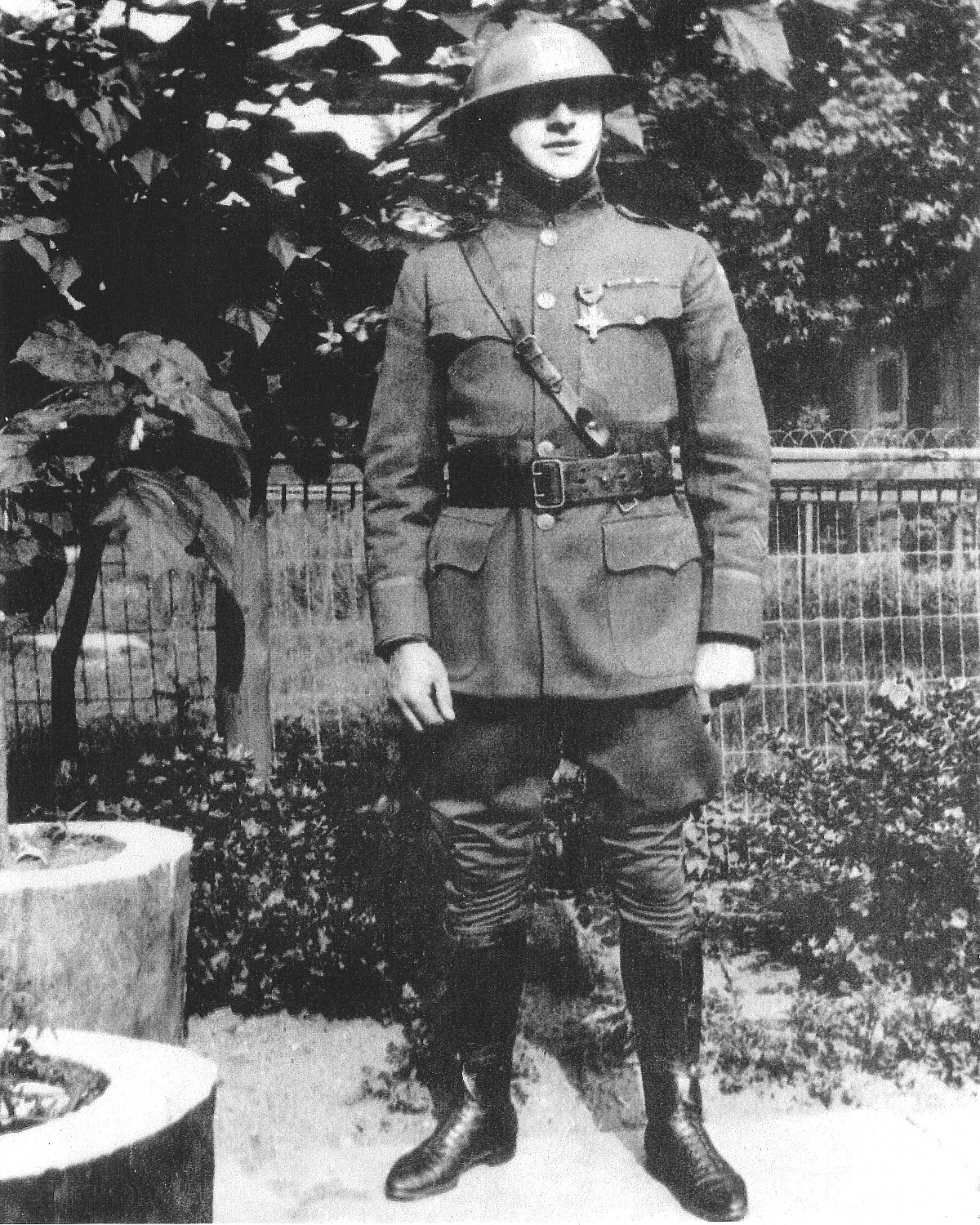 When he returned to Cleveland after the war, his doctor, Dr. John P. Sawyer, told him about a project that he and two other Clevelanders had formed called the Eastview Development Co. who, in 1919, purchased 160 acres on a Florida barrier island from a retired sea captain for $5,000 in gold and were considering building a golf course, along with fishing facilities and winter homes.  At that time, Vero was a small town across the Indian River in St. Lucie County with only 529 inhabitants, a blacksmith shop, and a few stores.  To reach the island, one had to cross the river in a rowboat. Upon the advice of Sawyer, the senior MacWilliam moved to Vero, in 1920, to recover from his wounds and following in his parents and grandparents career path became a landscape architect.

Dr. Sawyer had become impressed with Alex MacWilliam, Sr. and suggested to his partners, one of which was Dr. William Humiston, that they hire him to oversee development of the barrier island project.  Not yet 28 years old and eager for something exciting to do after his war experience, he quickly accepted.  Workers were assigned two mules each to clear a 100-foot area each day for the job. By early 1920, a nine-hole golf course was ready with President Warren Harding playing there one year later. Around that same time, the Eastview Development Company changed its name to "Riomar," the Spanish word for "From River to Sea." 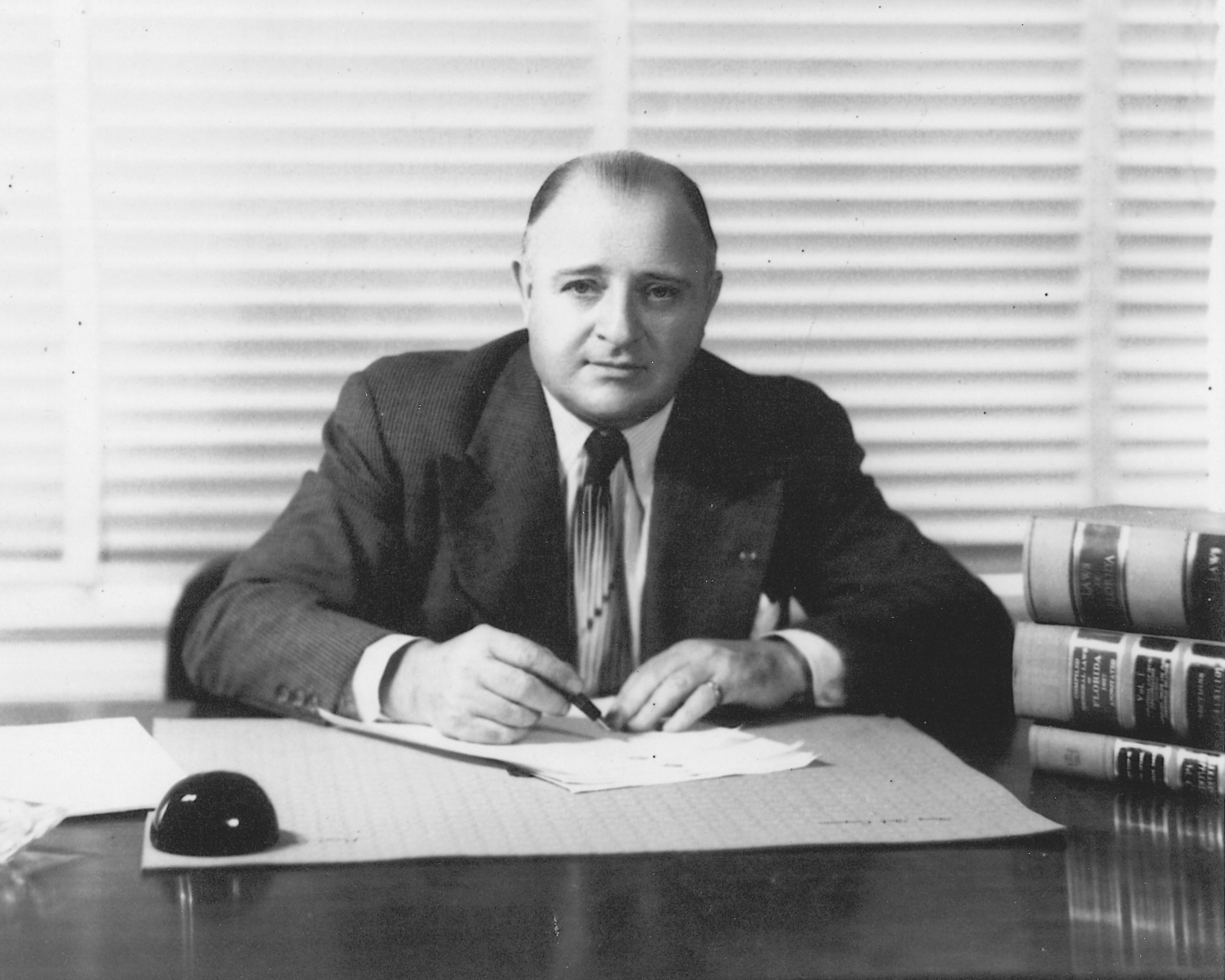 It was during the construction of Riomar that Alex MacWilliam Sr. fell in love and on June 6, 1920, married Jeanette O'Flaherty, an immigrant from Galway, Ireland who came to Vero to work at the Riomar Club.  They lived in a two-story Spanish-style stucco home in Riomar and had eight children: Edgar, Bill, Alex Jr., Helen, Joan, Peter, Barbara, and Robert.  Alex, Sr. went on to achieve a very long list of accomplishments in and throughout Indian River County.  To name a few, he.... 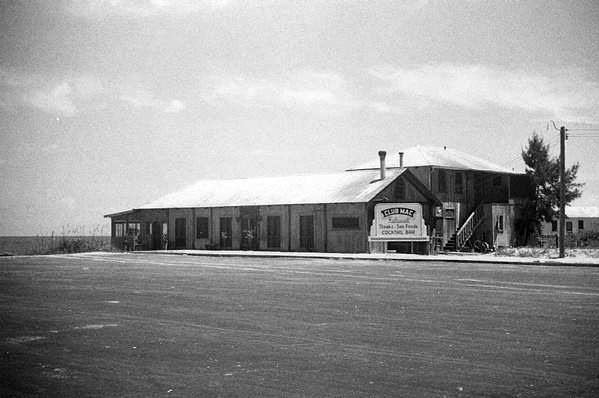 Fast forward to World War II, when Alex MacWilliam Jr. came home from fighting in the Pacific, married Jean Rymer, and helped run, with his brother Edgar, “Club Mac”, a commissioned officer’s club that their mother and father leased from Waldo Sexton in what is now the Ocean Grill. During that time, after reading several books about real estate, Alex, Jr. made a life changing decision and in 1949 started his own real estate business opening an office across from the downtown post office before moving it to Ocean Drive (still a dirt road at the time) on the island in the early 1950s, where it still operates from today. 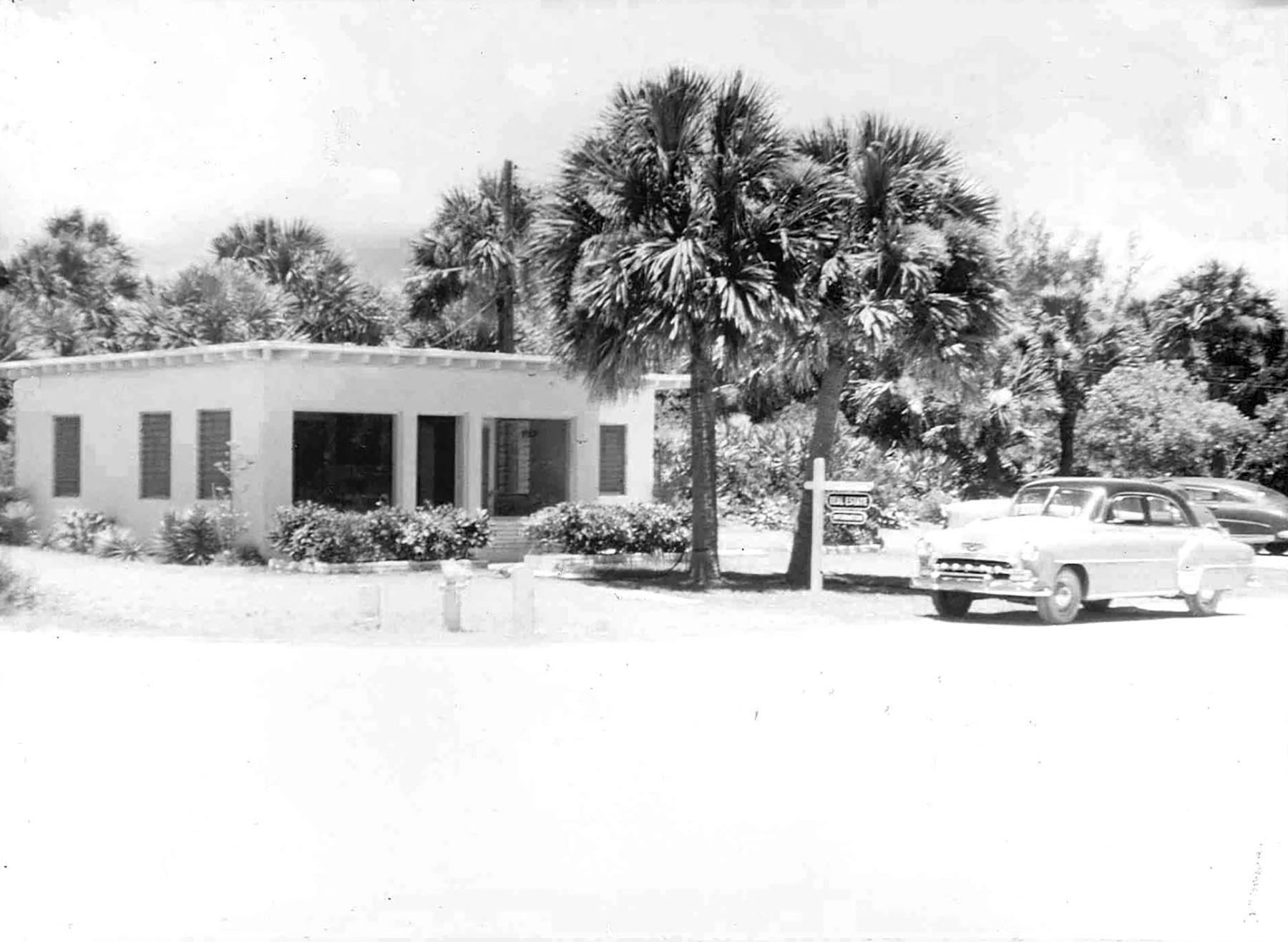 When Alex, Jr. opened Alex MacWilliam Real Estate, it was one of only four real estate firms in entire Indian River County.  He helped broker many large land deals including 3,000 acres on the island for Fred Tuerk that was to become John’s Island and 30,000 acres that Tuerk owned west of town that would be parceled to some of the area’s biggest names in citrus. 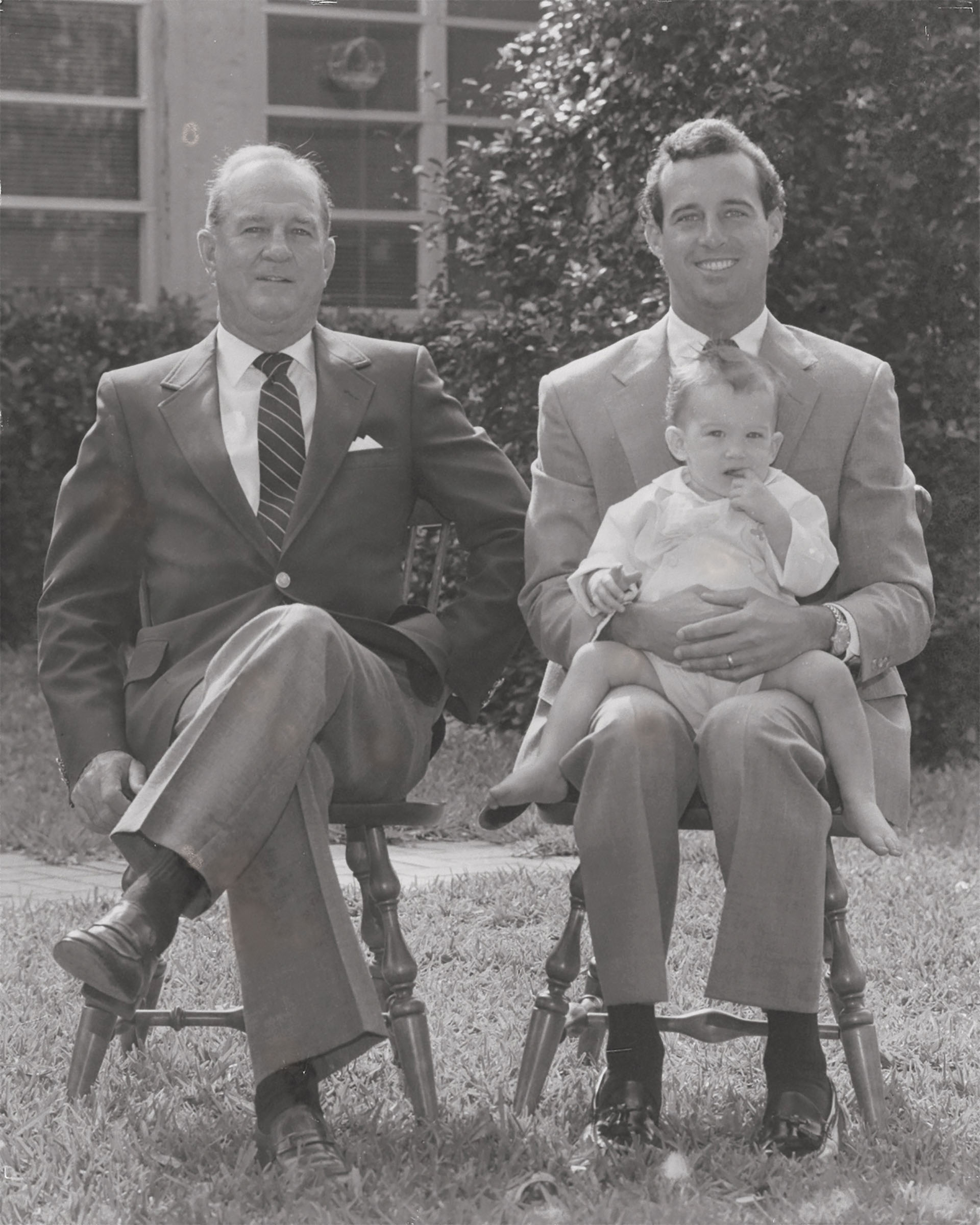 Jean and Alex, Jr. went on to have two daughters, Sandy and Cindy, and a son, Alex, III. His namesake, Alex “Buzz” MacWilliam, III graduated from Vero Beach High School and earned a B. A. in Political Science from the University of Florida.  Having originally planned to go on to study law, he changed his mind and upon an invitation from his father welcoming him to the company he decided to join the firm in 1980.  Six years later, Buzz married Stephanie Olsen and they had two children, Alex “AMAC” MacWilliam, IV and daughter Chandler, who in 2019 married Mike Sexton, Waldo’s great grandson and they have a daughter, Emmy.

Alex “AMAC” MacWilliam, IV, graduated from Saint Edward’s School and went on to earn his B.A. degree in Marketing from the University of Mississippi having originally dreamed of becoming an orthopedic surgeon.  Having interned for an insurance firm while at U.M., he thought he might enjoy the lure of the big cities the insurance industry offered, but he missed his friendly hometown and being by the water.  After numerous heart-to-heart talks with his dad, AMAC chose to join the firm in 2014 and continue the family real estate legacy.

Alex MacWilliam Real Estate has grown to over 70 real estate professionals that specialize primarily in the sale of single-family homes and condominiums with some offering their commercial and agricultural expertise and that sell in all facets of the marketplace.  Whether it is lifestyle communities, oceanfront, riverfront or golf course properties, affordable homes, foreclosures, or investment property, our family of AMAC agents are neighborhood experts.

As the longest tenured real estate firm in Vero Beach and Indian River County, Alex MacWilliam Real Estate’s decades long history gives us an unparalleled perspective and expertise of the local market because we laid the foundation for its diverse real estate landscape and continue to nurture that landscape into the place that we all call home.

Have you seen our Brand Pillars?

Other Resources in About AMAC

" They go out of their way to make you happy. Good people to work with "

" Agents are very helpful and knowledgeable. Website is nice, especially the daily emails of new listings within your search criteria. "

" Comprehensive understanding and knowledge of the marketplace, attention to all detail with thorough follow up and follow thru. Representing me with honesty, integrity and professionalism make it easy to put my full trust in Alex MacWilliam. "

" My realtor went to great lengths to help me prepare the property for sale and sell it. I would have been lost without her guidance. "

" Alex MacWilliam, Inc. is an excellent resource for locating and purchasing, or selling a residence. Their agents know the area, and are very helpful and responsive with respect to all aspects of the transaction. I would highly recommend their services to anyone desiring to purchase or sell a home. "

" I've known Buzz and the MacWilliam family for over 45 years, so when I was in the market for a new home, naturally I contacted Alex MacWilliam Real Estate because they are the best in the business. I was privileged to work with Joe Beasock on the purchased of two homes last year. Alex MacWilliam continues to outshine their competition in a very competitive market, but the primary reason I highly recommend this company is their business philosophy lines up with the way that I run my own business. They have a deeply established family culture and they work on their clients' behalf as if they are family as well. "

" We've bought several homes during our lives but never received the kind of personal care and attention to detail that Alex MacWilliam provided during every step of the process. "

" Alex MacWilliam Real Estate and their agents provides great service whether purchasing or selling your property. "

" The MacWilliam's Agency is long embedded in the local area and has responsive agents that work for you and won't stop until they satisfy your housing requirements. They are seasoned veterans and pleasurable people to work with. "

" Friendly, efficient staff and pleasant building to do business in. Good sales record in the area. "

" Professional staff. Willing to go the extra mile to make sure the client is satisfied. Highly recommend this agency if you are looking to buy or sell. "

" A wonderful agency to deal with. Everyone is so friendly and helpful! Things couldn't have gone more smoothly. "

" Our realtor was friendly, listened to our needs and proceeded accordingly. He was very patient during home showings and he provided us with valuable information about the area. Overall, a positive and pleasant experience! "

" You handled everything from start to finish. The sale happened without me leaving my NY home. "

" My experience with Alex MacWilliam was wonderful. They are a very helpful, efficient, kind and courteous company. I am sure you will be satisfied. "

" Professional and responsive. Excellent to work with. "

" GREAT organization to do business with that will cater in every which way to anyone needs. They will go to any extent to try to meet your specifications. "

" Without a doubt the best team of Realtors our family has ever had! They made us feel like family and not clients. I would say we'd use them again but they've helped us find our forever home. If that day ever did come you'd be sure we'd be giving them a call. "